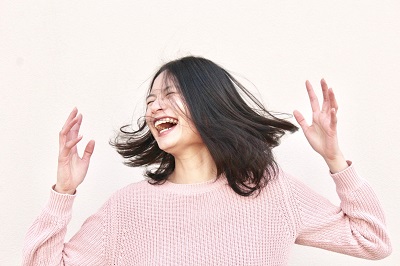 I love comedy hypnosis, and I was fortunate last Saturday to see Doug Meacham perform in Gresham, at the SALT Academy.

Some hypnotherapists dislike comedy shows, because they think comedy hypnosis gives people the wrong idea about hypnosis. Despite the fact that the number one question I get from people is, “Are you going to make me cluck like a chicken?” (short answer: no) I still think comedy hypnosis is one of the best ways to demonstrate the incredible power of the mind, and that power lies within everyone.

As an audience member, a trained hypnotist will notice many details that an untrained eye would miss, and there was much to admire in Doug’s performance. In a short amount of time, he found and worked with those who were most responsive to hypnosis in the moment* and brought out the imagination of his volunteers. I especially loved the superheroes who appeared! I thought that was a great metaphor, too. Hypnosis can help you leverage the power of your subconscious, and that can often feel like having a superpower.

The next time you have the opportunity to go to a hypnosis show (Las Vegas is great for this, but you can also get on Doug’s mailing list or Facebook page), I highly encourage it!

*Being “hypnotizable,” in my experience, is an inaccurate description. People spontaneously drift in and out of the trance state all day long. The ability to enter hypnosis isn’t a set characteristic, like having brown eyes or being 5’7″ tall — it’s actually like most people’s handwriting. Everyone learns the basics, but with practice and paying attention, you get better and better.

This site uses Akismet to reduce spam. Learn how your comment data is processed.