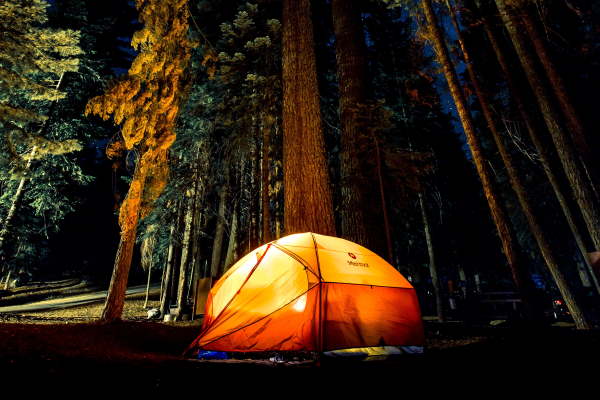 Sitting in an auditorium listening to math problems read aloud and solved for several hours, may not sound like fun.

What was fun was camping at Morro Bay State Campground. There were campfires, canoeing, great food, walking on the beach, snipe hunting at night on the golf course, playing hearts, telling stories, and sometimes music.

If we left Los Angeles on time, if we hadn’t dawdled at lunch, if we hadn’t pulled over for too many bathroom breaks, if we hadn’t taken a wrong turn, we arrived at the campground with plenty of daylight to sweep the ground before setting up camp.

Why was that was important?

Know why you want the change

Eucalyptus–those tall, fragrant trees with long, tapering leaves–shed a seed pod that could be a camper’s nightmare. Literally.

Some of the seed pods were as big as walnuts, and if your sleeping bag happened to be positioned over one, you’d spend the next three nights in your eight-person tent trying to curl your body up to avoid that rock-hard knot.

Decide on your first goal

The first thing we did when we arrived at camp was decide where the tents would go. Flat, level ground was best, not too close to trees.

Next, we’d sweep the ground, clearing away stones, eucalyptus pods, and other lumpy debris, and picking half-buried pods and stones out of the ground.

If we arrived at the campground late, the job was that much harder. God forbid we have to do it at dusk; or worse, in full dark, by Coleman lantern and flashlight. The low light made it harder to see stones and pods, and we were most likely tired, which meant we either fought fatigue and cleared the ground well, or we did a rush job, cut corners, and slept on knots for three nights.

Eliminate the most obvious obstacles

I sometimes think of hypnosis like that: sweeping away the lumpy, bumpy stuff that has fallen to the forest floor of our minds. Just like those rough in spots on the ground, worries and habits can make us lose sleep or twist ourselves up in ways we don’t like.

Some clients have gotten the impression from movies and TV that hypnosis is magic. They don’t realize there are a few steps of preparation, and they want to rush through them. I help them slow down, because they get better results when they don’t cut corners, but instead feel plenty of motivation toward set clear goals and have high motivation.

If you don’t want to think through these steps on your own but want more time, energy, and success, let’s set up a free strategy call.